“Some robot manufacturers are also considering leasing models, particularly in order to accelerate adoption by small-to-medium-sized manufacturers. Simplification is a key trend for this market segment. The ongoing need for robots which are easier to use and to program and the increasing need for ever more flexible automation initiated the development of smarter solutions.”[1]

These efforts are resulting in an increasing range of flexible options from suppliers that can allow even some job shop small manufacturers to realize the competitive benefits of robotics.  While the term ‘advanced robotics’ may still conjure images of massive factories with an army of highly specialized robotic arms along an assembly line producing an endless stream of identical parts, that is no longer accurate and is becoming less so every day.

According to PwC Consulting report – The new hire: How a new generation of robots is transforming manufacturing, industrial robots are on the verge of revolutionizing manufacturing. As robots become smarter, faster and cheaper, they are doing more than the traditional repetitive, onerous or dangerous tasks. Robots are now incorporating more “human” capabilities such as sensing, dexterity, memory, trainability, and object recognition. As a result, we are seeing a new generation of “collaborative” robots working hand-in-hand with human workers who train them through physical demonstration. [2]

“Robotics as a technology has really reached its tipping point,” says John Santagate, research manager, supply chain at IDC Manufacturing Insights. “Robotic capabilities continue to expand while increasing investment in robot development is driving competition and helping to bring down the costs associated with robots.” [3]

Wider adoption of robots comes at a time when both large and small manufacturers are under increasing pressures to squeeze even greater productivity from their workforces. Manufacturers are also finding that to be competitive today, they must inject greater flexibility into their production to satisfy customer demand for products with shorter life cycles and a greater variety of products. Robotics is helping on this front as well.

Through robotics, manufacturers are finding that productivity gains manifest in diverse ways to give a competitive edge [4]:

Large OEMs already see the value in the new generation of robots that are smarter, more mobile, more collaborative and more adaptable, and have already made significant investments. They see the promise that robotics will bring major changes to the factory floor, as well as the global competitive landscape. For many SMMs, on the other hand, they are just starting to consider if now is the time to automate…

The AR-MEP Collaborative combines the strengths of Catalyst Connection and the National MEP Network’s manufacturing expertise, with the ARM Institute, whose mission is to accelerate robotics technology and education to grow US manufacturing.

Our Collaborative has national reach and helps SMMs via:

[2] “The new hire: How a new generation of robots is transforming manufacturing”. PwC September 2014

[4] “A Helping Hand for Europe: The Competitive Outlook for the EU Robotics Industry”. JRC Scientific and Technical Reports 2010 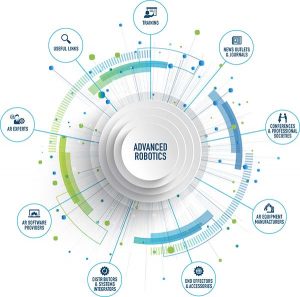 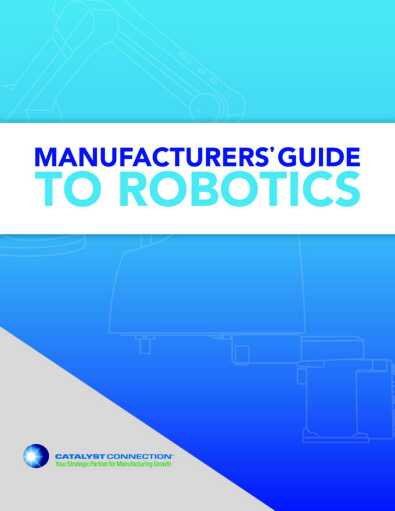 We meet on a quarterly basis to promote the exploration & adoption of robotics and automation at small and mid-sized manufacturers in our region! Click here to learn more & to join!

To learn more about advanced robotics & to get involved, take our brief survey here or contact us directly:

The mission of MEP is to advance the performance of manufacturing companies by accelerating their growth and productivity. By working together and strategically aligning specific initiatives, we will accelerate the transition of robotics awareness, knowledge and technology to advance individual manufacturers as well as value chains of suppliers. Our goal is to build an automation and robotics ecosystem that harnesses and maximizes the benefits of the rapidly evolving advanced robotics landscape.